The waterproof membrane of the future: TPO 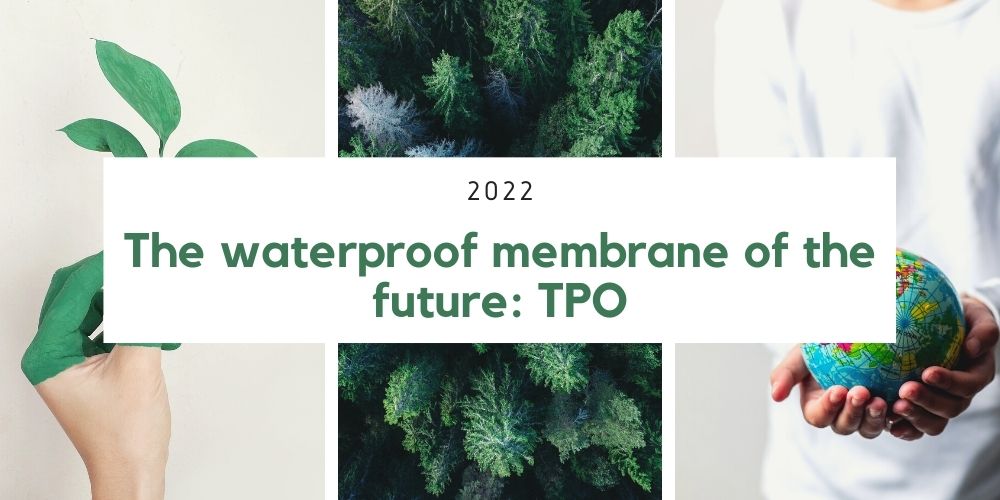 Climate anomalies in recent years have become a big problem to be solved, and every natural disaster such as heavy rain or strong sunlight exposure always causes damage to buildings. Especially roofs that are directly attacked are most prone to many problems, so a strong and durable roof is very important.

The development history of TPO material has been half a century. It was initially used for surface protection in the automotive industry, and it was also used in pool laying. However, due to its excellent weather resistance, it has gradually been used for various purposes. In modern times, which pays great attention to the sustainable development of the environment, it does not contain chlorine, plasticizers, and other harmful substances. It has gradually replaced the use of PVC waterproof membranes in Europe and the United States and has become the first choice for roof waterproofing.

TPO (thermoplastic polyolefin) is mostly made as a single-layer smooth surface, which is polymerized by polypropylene and ethylene-propylene rubber. Of course, many companies will also have their own research and development ratios to increase different physical properties. The most common thickness mostly falls between 1.0 and 2.0mm, and the color is most common to the color extended from black or white.

Most of the roofs used are white TPO waterproofing membranes because they reflect sunlight most efficiently, reducing building energy consumption and heat island effects. The construction and repairing are also relatively simple, reducing the labor cost of re-laying. As for its material, TPO has less impact on carbon emissions, because it is a fully recyclable material, which can greatly reduce the burden on the environment.

Because of the advantages of recyclability, non-toxicity, and durability of TPO waterproof membrane, it has been rapidly promoted all over the world, and it has grown by more than 20% in the past ten years. Moreover, in the future, carbon taxes, carbon fees, and attention to carbon footprint, carbon emissions, and other trends may be imposed in the future. This reusable waterproof material is bound to gradually become a star product in waterproof membranes.